You are here: HomenextHistorynextWhere I lived when I was a kid, a poem about prefab childhood by Paul Kennedy

Where I lived when I was a kid, a poem about prefab childhood by Paul Kennedy 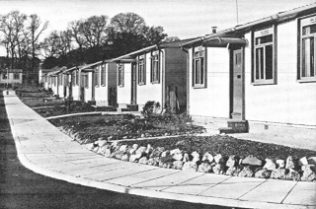 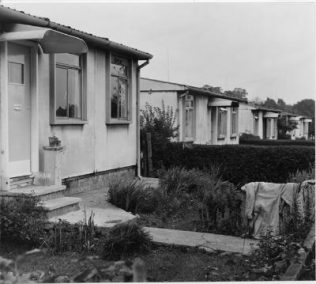 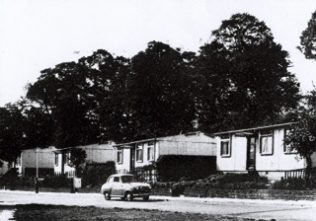 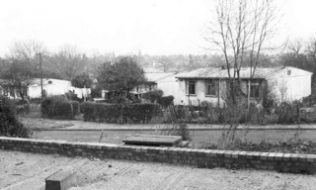 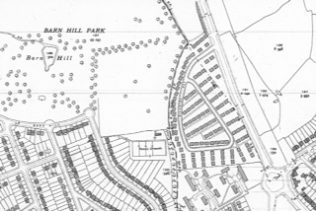 Paul Kennedy grew up on Pilgrims Way in Wembley between 1950 and 1962. In 2015 he wrote Where I lived when I was a Kid, a moving poem about his prefab childhood. He kindly agreed to share it with the Prefab Museum and all our readers. Here it is, followed by some information about the Pilgrims Way Estate.

Where I lived when I was a Kid

When I was born in nineteen forty seven, two years after World War Two, the population was still reeling from what they had all been through

Six years of bloody conflict had left England in a state, now was the time to look ahead, rebuild our lives, not hate

Bomb sites littered many parts of this our own fair land,

Many things were still on ration until nineteen fifty four, but I cannot ever remember hunger knocking at my door

Until I was three we lived in rooms in Brixton, the place was alive with mice, when my brother Graham came along we all moved to somewhere nice

That somewhere nice was a prefab on the Pilgrims Way Estate, situated on Green Belt land, out of ten it was ten to rate

It was absolute heaven for us kids as there were two hundred or more to play, also the road round the block was car free, well almost all of the day

The milkman had a horse and cart and delivered to every home, the driver of another horse would shout out “any old iron rag bone”

The coal man had a lorry but he carried every single hundredweight sack, he’d tip it in your coal shed that was situated round the back

The coal sheds were unused Anderson Shelters left over from the war, they were bricked up front and back with a flimsy wooden door

The rent man called round every week your rent you paid in cash, some when they saw him coming, to hide away they’d dash

The Co-Op baker brought us bread, the Corona man our pop,

The electric man would come around to empty your shilling meter,

he’d then work out what electric you’d used, the balance returned was sweeter

In the colder months the paraffin man would call and out you’d go with your cans, he always seemed to spill some and you’d smell it on your hands.

The insurance man was a regular caller, endowments were a thing of the day, save a few pennies every week, in twenty years your thriftiness would pay

Loose vinegar from a wooden barrel from a tin shed up the top, nobody really remembers why, or even that, for what

Recycling is nothing new we had pig bins on our street,

They stunk to high heaven in the summer and were infested with wasps and flies, when it came to emptying them into the truck, I felt real sorry for the guys

We had a tenants association who collected a few bob every week, for that you were entitled to an outing and a party or a treat

The outings were always by coach, a nice trip down to the coast, Southend on Sea and the Kursaal, was the one we loved the most

That day was spent wearing funny hats and all your money blown at the fair, a sing song on the coach coming back, what you sounded like they didn’t care

The young kids had a Christmas party lots of tasty food and fun, Father Christmas would always arrive with a present for everyone

The treat for us older kids was a London pantomime,

In 1953 Elizabeth was crowned our queen and we watched it on our new TV, a dollar down and a dollar a week, my Dad bought it on the old HP

The room was packed with eager eyes and I can tell you why,

the screen was only nine inches square, it’s the truth I wouldn’t lie

To celebrate the Coronation the greatest street party you’d ever seen, with fancy dress and lots of food to welcome our new Queen

Nobody had a phone at home, so if you needed to make a call,

it meant a walk down to the red telephone box, four old pennies was the cost as a rule

Everybody knew one another and they knew whether you were good or bad, if you crossed the line you got a thick ear, and you dare not tell your Dad

OK, your right in thinking, it wasn’t perfect every single day,

but how lucky was I to have grown up in such a place, the delightful Pilgrims Way.

My sister Jane was born in nineteen fifty four,

So after twelve happy years in our aluminium prefab we had to make a move, to Wembley in a three bedroomed brick house, which had a tiled roof.

Our prefabs were the B2 Aluminium prefab, sometimes referred to as an AIROH. As far as I know, all 114 prefabs at Pilgrims Way were first let between January and July 1948.

Pilgrims Way was built on what was Barnhill green belt land, this picture is of the lower end of the estate, in the 70s they were all demolished and the whole area returned to what is now dense woodland.

This photo was taken during the demolition of the estate in the 70’s (I think it was in the 70’s!) you can see one of the blocks that the prefab would have been sitting on also the brickwork too, the steps you can see lead down from the front door to the footpath below, this was at the top of the estate and would have been one of the prefabs in the earlier photo with the little Austin car parked out front in the road. It’s the rear of the prefabs you can see and their back gardens.