You are here: HomenextMemoriesnextLife in a prefab

Life in a prefab 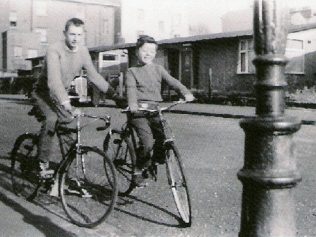 zoom
Dave, Ray's elder brother, and Ray outside 21 Sheen Grove, looking towards No.1 and No.2
Ray Watts 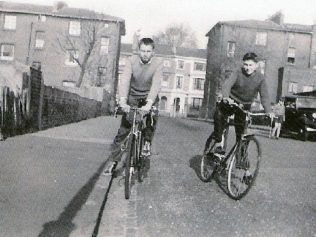 zoom
Dave and Len with a view looking towards Richmond Avenue. Note the houses are still in existence, the bomb site on the left and the old taxi on the right.
Ray Watts 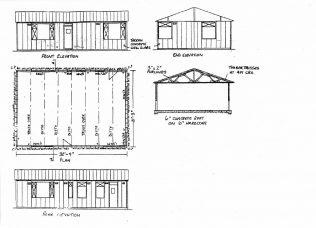 zoom
Basic plan of the prefab in sketch form. You can see the overall dimensions of 32ft. Long X 21ft. wide
Ray Watts 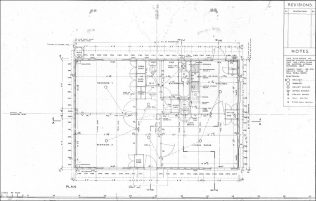 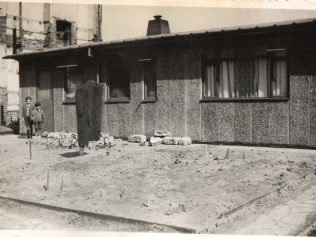 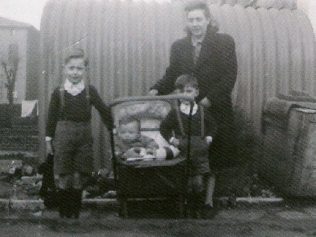 zoom
Mum and we three boys, posing outside the Anderson shelter. This would have been in 1948, judging by my physical size in the pram. To the left is the back of a house in Richmond Avenue.
Ray Watts 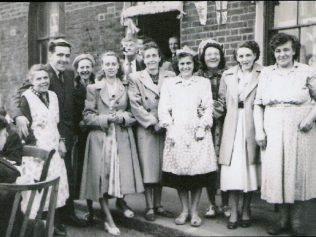 zoom
This picture depicts some of the residents of 4 streets at the 1953 Coronation Street Party.
Ray Watts 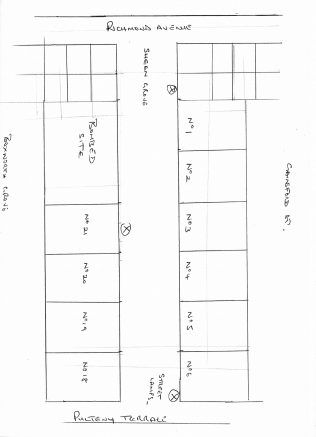 My name is Ray Watts. My family and I lived in 21 Sheen Grove (Islington) from 1948 until 1963. Like all prefabs, they were regarded as temporary dwellings.

Apparently, our prefab was imported from the USA(1) and differed to the majority of UK prefabs that were traditionally white finish with flat roofs. The adjacent roads: Boxworth Grove and Gainsford St. had the more common prefabs. In fact Boxworth Grove had only one with the remainder of houses being similar to the type we still see in this area. Gainsford Road was filled with prefabs.

The pre-fab benefitted by:

The “oil shop” in Gainsford St., where we would get paraffin and charge our accumulators (lead acid batteries) for the radio. This same shop would also give money for old newspapers and for old rags and was a source of pocket money for us kids.

Another source of money was to return soft drink bottles to the off licence which was in Richmond Avenue at the junction of 2 roads: Barnsbury and Cloudesley Road.

I will start with my Mum and Dad. They were born in 1910 and 1912 respectively. Mum came from the City of London (Clerkenwell) and Dad from South London (Elephant and Castle). Their first son was David Alec, born in 1942 followed by Leonard John, born in 1944. Then I came along in 1947, born in a tenement building in 283 Bartholomew Buildings, Seward St., in the Borough of Clerkenwell (just off of Old St. London EC1.) At that, time it was common practice for women to deliver their offspring at home and Mum was no different. When she went into labour a midwife attended, but there were difficulties, basically, because I was a big lump at 10 lbs. Consequently she was in such a state that the midwife contacted St. Bartholomew’s Hospital (Barts.) and apparently 3 Doctors came rushing to Mum’s aid.  It was touch and go and I was told later in life, that my Dad was asked to choose who should survive the delivery if it came to a choice. Naturally he said if push comes to shove (pardon the pun) then save Mum.

It was years later in the 1970’s when Mum was hospitalised for a hysterectomy, that she revealed to me the damage caused by my birth. When she was admitted to St. Bartholomew’s for the hysterectomy, the surgeon said that she was very badly repaired after my birth and they had to do some reconstructive work and she said to me she has suffered for years because of the botched repair. Information like this, offers an insight into her behaviour that was puzzling at the time. I cannot imagine women in the 21st. century putting up with this outcome and indeed there would be law suits flying around.

Soon after this drama we moved from Clerkenwell to 21 Sheen Grove, Islington N.1. This was not much more than two miles away and 21 Sheen Grove was a Prefab, (shortened from Prefabricated Buildings) which were “temporary” accommodation used for the rapid re-housing of people after the Second World War. In fact we were there 16 years. Our particular prefab was designed and constructed in the USA, shipped across and assembled here (1). It actually was a marvellous design having 2 bedrooms, a bathroom, a separate toilet; (the toilet was quite novel to us, as it was inside the house).  It also had a “front room” or lounge (sitting room). This term “front room”, was a working class corruption from the times when people used the Parlour or Front Room for best and only occupied it when guests came, usually for Sunday tea.  The majority of time, the back room, near or in the kitchen was used. Nowadays we call the front room the lounge or sitting room and the backroom the dining room. Anyway this pre-fab had a front room. Our kitchen was fitted with all modern conveniences, stunning for that day and age. It had a built in Kelvinator gas fridge (absorption system), a sink, gas “copper” or boiler (for doing the laundry, supplemented with a scrubbing board and a mangle or wringer, that used to squash the water out of clothes by passing them between two rollers), gas cooker and numerous built in cupboards.  The fabric of this fitted kitchen was painted metal, but to my Mum and Dad it was luxury and they felt themselves very lucky to have such a place.  An electric immersion heater in the airing cupboard cylinder provided hot water, or in the winter, the coal fire in the front room, heated the same cylinder.

(1) The prefab is a Tarran, manufactured by Tarran Industries of Hull