You are here: HomenextMemoriesnextA prefab conversation in Tufnell Park

A prefab conversation in Tufnell Park 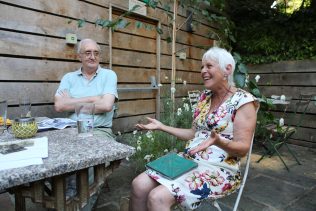 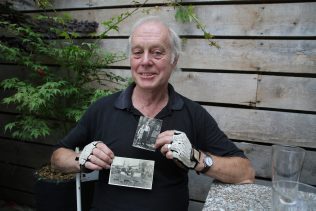 zoom
Portrait of Ben Bazell with his photos
Elisabeth Blanchet 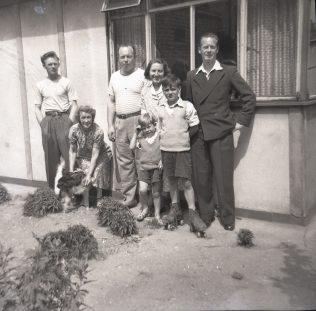 zoom
Catherine's cousins, her Nan, and her aunt and uncles outside their prefab in Carol Street, Camden Town.
Catherine Bazell 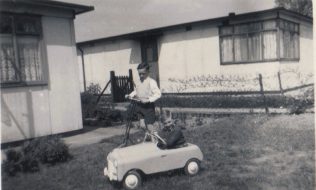 zoom
Terence on his scooter and neighbour Raymond in toy car in the prefab garden, Dartmouth Park Hill, London NW5 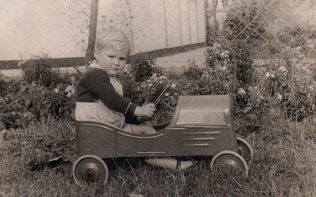 A lovely prefab conversation at the Lord Palmerston, Tufnell Park

Three weeks ago, I met Catherine, Terence and Ben at the Lord Palmerston pub in Tufnell Park. They all used to live in prefabs in the area. I also used to live for years in Kentish Town and South End Green and had been aware of the existence of prefabs nearby through discussions at my great then local, the Magdala. But I had never found anyone who had lived in one and could share their memories with me.

Out of the blue, in July, I received an email from Terence, who congratulated us on the Prefab Museum website and told us he used to live in a prefab on Dartmouth Park Hill. He added he would be happy to write about his memories and share his photos with us. I answered straight away and suggested we could meet for an interview. He liked the idea and contacted his childhood friend, Ben, who also grew up in a prefab on Dartmouth Park Hill. Ben, himself, invited his ex-wife Catherine who grew up in another prefab on Savernake Road, near Gospel Oak School.

It was a warm and lovely afternoon. We sat in the pub’s garden and while one of the staff members was watering the countless plants and flowers, a colourful and moving prefab conversation started between the three of them. Catherine and Ben’s families were allocated prefabs because Ben’s family had been bombed out from Warren Street and Catherine’s had been relocated from a very overcrowded terraced house in Kentish Town. Terence recalled they probably had got the prefab because his dad was RAF.

They all loved their prefabs. “From our back garden, we had a direct view of Parliament Hill, the Heath, the playground, it was lovely”, Catherine said “It was the best house I’ve ever lived in”, added Terence. They even realised that when the prefabs were demolished in 1957, Terence’s family moved to a flat on Savernake Road, exactly where Catherine’s prefab was!

While the pub’s garden was getting more and more crowded, the conversation kept on going for more than two hours and a half. Ben told a very moving story about a woman who came to leave some flowers every year at a certain date by the tree in their front garden. Ben’s mum decided to wake up early one year to find out who was leaving the flowers and why. It turned out a bomb was dropped during the war while there was a wedding party which killed everyone.

They also talked about much happier memories, Ben even remembered how he felt sorry for the people who lived in big houses as they didn’t have the luxury prefabs and neither the sense of community…

Catherine showed her lovely family album, there were plenty of tiny prefab pictures, surrounded by seaside holidays ones. Ben and Terence also brought family photos. Discussions around them even brought more memories… This lovely conversation lasted for almost three hours and could have lasted more if all of us hadn’t other engagements later.